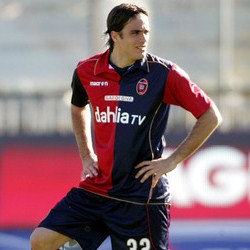 The Turin giants released a statement last night confirming that a deal has been reached after a frantic day of negotiations.

Matri will arrive on loan at a cost of €2.5m, with Juventus having the option to sign him outright in the summer for €15.5m.

Should Juventus take up that option then that payment will be spread over three years.

As part of the deal, Cagliari will also take the total control of defender Lorenzo Ariaudo for €2.5m.