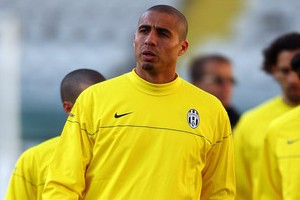 The agent of David Trezeguet has opened the door to a move to Lyon for the Juventus striker.

The France international has little over a year to run on his current contract and agent Antonio Caliendo has admited that he is fielding rival interest.

Juventus chief Roberto Bettega was in France this week, fueling talk he was negotiating the sale of Trezeguet with Lyon officials.

The agent told reporters that : “I know Lyon has always liked David.

He ended by saying that : Trezeguet still has a year’s contract with Juventus, and it will be the club which must let us know what are they going to do. “ Arsenal To Go Head To Head With Juventus For Dusan Vlahovic