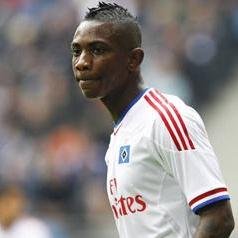 Hamburg winger Eljero Elia has taken aim at Juventus after they failed with a bid for him.

The Turin giants made an offer on Tuesday, thought to be around €7m, but the German club responded by insisting that the Dutch international was not for sale.

“Hamburg have told me that they rejected an offer from Juventus, but that’s not a problem for me,” Elia told the Hamburger Morgenpost.

“I’m not interested in moving to a club of the same level. Juve may be one of the best clubs in Italy, but they are not superior to Hamburg.

“If we were talking about Arsenal or Chelsea then it would be different.”