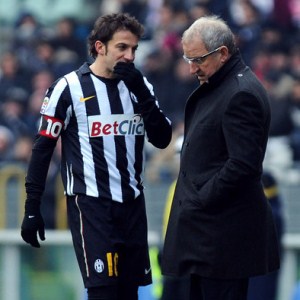 Gazzetta dello Sport has reported that Marotta is scheduling a meeting with Del Piero’s reps to finalise terms over a new deal.

The ex-Italian international will be out of contract in June, but will be offered new terms worth €2 million-a-year to play on next season.

The Juve captain will also have the option of a front office role once he hangs up the boots.