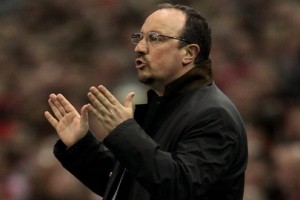 Italian club Juventus want an answer from Liverpool boss Rafael Benitez by the end of the week.

Juventus are keen to bring the Spaniard in to be their new manager to replace current caretaker Alberto Zaccheroni after Ciro Ferrara was axed in January and they want to know once and for all what his plans are.

It is believed that Benitez is humbled by the interest but for him to walk from Anfield would be suicidal with his hefty contract which will keep him there for up to four years.

His agent, Manuel Garcia Quilon, revealed that Benitez will more than likely turn down the Juventus position as he is contracted to Liverpool but did admit there was some uncertainty.

The agent said : “I repeat, Benitez has a four-year contract with Liverpool which, in principle, means he will remain there,”

“For the next months, I do not know what will happen.”