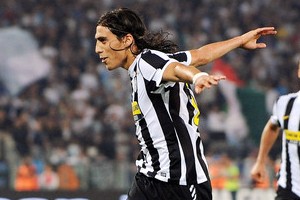 It has been reported that Juventus want to close a deal for Barcelona defender Martin Caceres.

Caceres’ loan expires in June and his form has caught the eye of Arsenal boss Arsene Wenger..

Barcelona are prepared to sell the defender for €11 million, while Juve hope to strike terms for closer to €7 million.