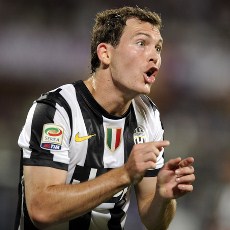 It has been revealed that Juventus defender Stephan Lichtsteiner is surprised by interest from Chelsea.

The Blues have also been linked with a bid for Juventus’ Lichtsteiner, but his agent today played down talk of the Swiss right-back moving to Stamford Bridge.

The player’s agent and father Marko Lichtsteiner told calciomercato.it : “I don’t know where these rumours come from,”.

“Stephan is happy at Juventus: they are first in the league and we hope they get through the (group) round in the Champions League.

“He wants to stay, he has no intention of leaving Turin and there is no reason to do it.

“He has no problems with (the coach). They are two people who have a strong characters and always want to win.

“If the club has other ideas for Stephan, I don’t know.”