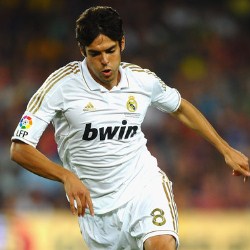 It has been revealed that Kaka failed to make Real Madrid’s travelling squad for tonight’s Champions League clash at Dinamo Zagreb.

The Brazilian international suffered a knock against Getafe on the weekend after colliding with former Real defender Miguel Torres.

The midfielder has been left in Madrid for tonight’s game.