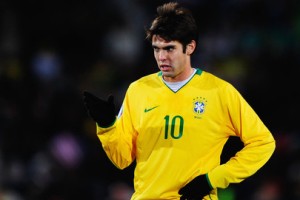 Kaka said: “Mourinho is a great coach. He has won things everywhere he has been. But whether he comes (to Madrid) is down to the club.”

Kaka also stuck up for current boss Manuel Pellegrini, who could be fired in the close season despite the club still being in the title race heading into the final round of fixtures this weekend.

He added: “He has done a great job but it is the club who will decide whether he stays or goes.”

Kaka has struggled to make much of an impact at the Bernabeu following his big-money move from AC Milan due to injuries.

He added: “For me it has been a very difficult season, with many physical problems.

“I have not been able to compete the way I wanted to.”

Agent : Thiago Motta Will Not Go To Real Madrid