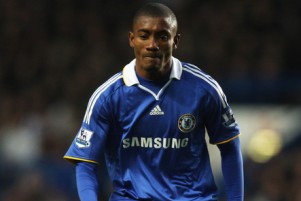 Interesting news is out and it has been reported that Chelsea striker Salomon Kalou has revealed that he has signed a new four-year contract with the club.

The 23-year-old former Feyenoord man’s deal had been due to expire at the end of the current season.

Kalou was believed to be attracting interest from Roma and Arsenal, however, he now looks unlikely to depart after penning a new £60,000-a-week deal.

Kalou told reporters that signing the deal with Chelsea has freed his mind to concentrate on football.