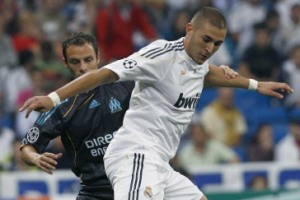 Interesting news are out and it has been reported that French international striker Karim Benzema is becoming increasingly isolated at Real Madrid.

Spanish newspapers have reported that Benzema’s lack of Spanish is preventing from mixing with his new teammates, who were disappointed with comments made by the striker after the Champions League defeat to AC Milan.

It was also reported that Benzema cannot understand any instructions coming from coach Manuel Pellegrini on the sidelines.

It was also revealed that Benzema has not moved out of the hotel that he has been staying in since his arrival from French giants Lyon.