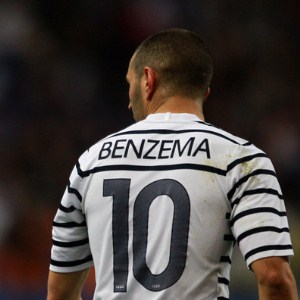 Bad news for all Real Madrid fans as it has been reported that Karim Benzema is a major doubt for their Champions League clash with Tottenham Hotspur.

The former Lyon striker suffered a thigh strain during France’s 0-0 draw in Croatia on Tuesday.

Benzema, who recently hit top form for Real faces a battle to recover in time to lead Jose Mourinho’s attack in Tuesday’s quarter-final.

The 23 year old has scored 12 goals in his last 11 games for Madrid and his absence could mean on-loan Emmanuel Adebayor will have to play up front alongside Cristiano Ronaldo.