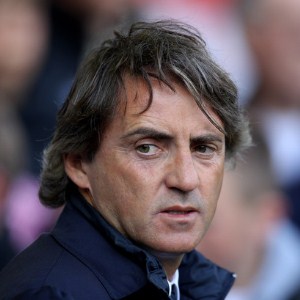 The former Inter Milan boss has been criticised for using over-defensive tactics despite being equipped with a wealth of attacking talent.

However double European Footballer of the Year and former Manchester City manager, Keegan feels Mancini has done all that could have been asked of him.

“You’ve got to give people a chance to build a team, Rome wasn’t built in a day and Manchester City won’t be either,” he said.

“I think he has done excellently. It’s not been a smooth ride but it was never going to be taking over the richest club in the world in terms of ownership. When you can buy anyone you want it doesn’t make your job any easier.

“I’m sure he would have liked a more consistent first half to the season but if he comes to the end of it with Champions League football for the first time ever for them and to win the FA Cup as well would be a terrific season you couldn’t hope for more in your first full season.”