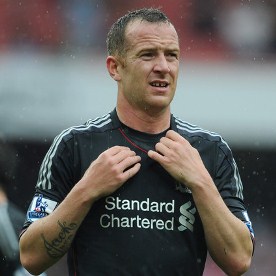 Liverpool boss Kenny Dalglish has admitted that he is delighted with the form of new signing Charlie Adam and is confident that the Scotland international will take that form with him onto the international stage.

“Charlie needed a wee break in his career and maybe leaving Rangers was that break,” said Dalglish.

“He had to show some strength of character there, but he took advantage of the chance offered to him by Ian Holloway at Blackpool.

“He has improved his game. He has always been an excellent passer of the ball and I think everyone has seen that in highlights of our games already this season. He hit some wonderful balls last weekend at Anfield and scored as well.”