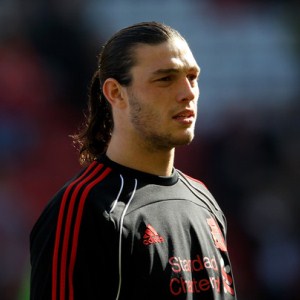 It has been revealed that Andy Carroll is not a certain starter for tonight’s Europa League clash with Sporting Braga.

Liverpool’s record signing made his Reds debut in the 3-1 win over league leaders Manchester United on Sunday, coming on for the final 15 or so minutes for his Anfield bow.

However manager Kenny Dalglish is yet to make the call on Carroll for tomorrow night as he has only recently returned from just over two months out with a thigh injury.

“The game is part and parcel of his recuperation. Everyone knows he would love to play – but then, so would I.

“He realises the great part the medical team have played and we have to equal the quality of them and Andy’s dedication by managing it properly.

“Everyone wants to play and he has been as desperate as us to get out there. But there is no point him being out that length of time and then us being irresponsible and throwing him in because it is a sentimental decision.

“We will do it in the best interests of everyone.

“But it certainly does no player any harm to get out on the pitch, get their bearings again – especially considering the day he went back on.

“Although he is young in years, he has matured a great deal since he came here.”