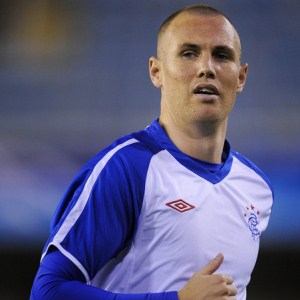 Scottish giant Rangers have reportedly agreed a deal in principle with Bursaspor for Kenny Miller to join the Turkish champions.

The Scotland international trained with Bursaspor after agreeing terms with the team Rangers knocked out of Europe earlier this season, with an agreement between player and club announced.

However Rangers had no agreed terms over the deal, only later announcing that they would sanction the move, revealing they were “awaiting paperwork” before the transfer is completed.

The 31-year-old Rangers striker is out of contract at the end of the season and had been linked with Birmingham and Fiorentina, among others.

“The Rangers striker arrived by helicopter and met with Ozluce Tesisleri.

“The player will sign the official contract and you will be informed about the details later.”