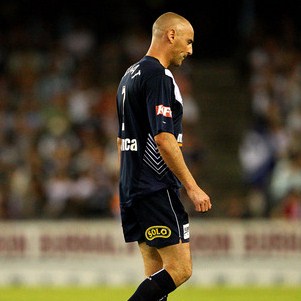 Melbourne Victory captain Kevin Muscat has been given an eight-match ban by the A-League Disciplinary Committee.

Muscat was initially handed a one-match suspension for his horror challenge on youngster Adrian Zahra in the derby against the Melbourne Heart on Saturday night.

However the case was later referred to the Disciplinary Committee after the independent Match Review Panel decided they could not come up with a suitable punishment.

The knee injury to Zahra is serious enough to keep him out for the rest of the season which is the same fate Muscat has received as his Victory side have just three regular season matches.