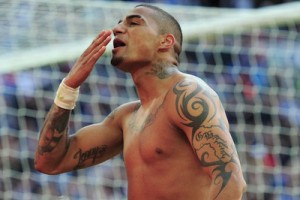 Grant was hailed by his players following the victory, with the Pompey manager reportedly using the words of legendary American Football coach Duffy Daugherty to inspire his team.

Boateng said : “He is a great manager and believes in every player and tries to help them get better,”

Kalou : Game Against Portsmouth Will Be Tricky!

Jamie O’Hara : Portsmouth Will Be Back!