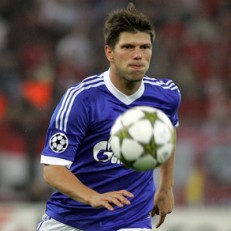 Sensational news are out claiming that Schalke striker Klaas-Jan Huntelaar wants £100,000-a-week to move to Arsenal.

The Daily Mail claims that the Dutch international will demand to become Arsenal’s best-paid player if he is to join the Gunners next month.

It is said that the north London club have opened talks with Schalke over a proposed £6million January swoop for the 29 year old.

Huntelaar’s advisers are also fully aware of Arsene Wenger’s intention to sign the 29-year-old striker when the transfer window reopens.

But the former Real Madrid striker will not come cheaply. The Dutchman wants a basic minimum wage of £100,000-per-week to sign for the Gunners.

Huntelaar and his representatives are fully aware that, given his age, this is likely to be the forward’s final big contract.

And they are determined to land the best financial deal possible.