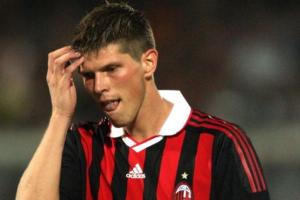 The Dutch international striker has struggled to make an impact since his move from Real Madrid and is yet to score his first goal.

The striker told reporters that it will be very positive for the striker when David Beckham arrives at the club.

He also went on to say that he too hopes to have more opportunities to play for Milan in future.

Donovan Ricketts Wins The 2010 MLS Goalkeeper Of The Year Award