It has been reported that Southampton boss Ronald Koeman says Memphis Depay will come good for Manchester United. 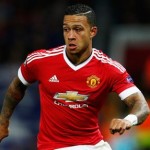 Koeman admits he wanted to sign the former PSV Eindhoven star before his move to Old Trafford.

Speaking at a BBC Solent fans forum event at St Mary’s, Koeman said: “It is true, we were interested in Memphis Depay last year but we heard from his management that he wanted to stay one more year in Holland and then take the opportunity to play for a foreign club.

“I think Memphis Depay, now at the moment, has a difficult time but that’s normal because he is 21 and of course maybe the step to Manchester United in all aspects is a difficult one and he needs more time.

“If one day he will be on the market, I’m interested yes but I don’t think so because I believe in that player.

“It is a difficult time but (he is) still young. He has to improve a lot and he will go through all these difficult moments.” Manchester United Pull Out Of Race To Sign Wesley Sneijder