Kolo Toure accepts if Liverpool are to be credible title contenders they need to improve defensively. 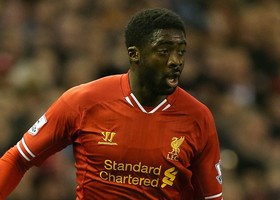 The Reds conceded three goals to Swansea last weekend before running out 4-3 winners and Toure admits they need to tighten up at the back if they are to keep pace in the leading pack.

The former Arsenal and Manchester City defender told the Liverpool Echo : “We know we need to control games better than that as a team,”.

“If you want to be in the top four or win the league, you need to defend well. We are scoring a lot of goals but for sure we need to get a better balance.

“It was a tough game against Swansea. The fact that the other top teams played on Saturday and all won put a bit more pressure on us. The manager spoke to us about that before the game.

“Simon Mignolet made a great save at 3-3 to make the team believe and we went up the other end and scored a fourth.

“The most important thing was that we got the three points. Now we need to go to Southampton and defend well as a team.

Roy Hodgson : Mascherano Was Not “In The Right Mind”