It has been revealed that Liverpool defender Kolo Toure remains a big fan of former club Arsenal. 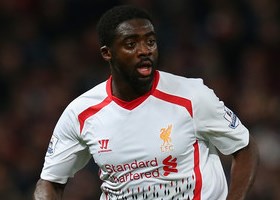 While he said he has a point to prove this weekend, Toure has nothing but affection and respect for Arsene Wenger.

The Ivory Coast international said : “Without him I was not going to play in England. He was the one who saw me and for me he is a fantastic manager,”.

“But it’s not the time to talk about him. I’ve spoken about him in the past and for me it is a fight.

“I want to make my team win and I don’t want to think about any good things he did for me because that might ease my temper.

“The only thing I think is ‘I will show them’.”