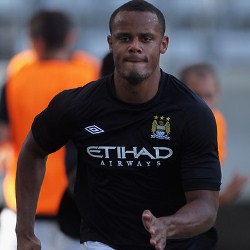 The City skipper is a big fan of the Dutch international, who is also wanted by Manchester United and Juventus.

“He is a player who has improved so much,” Kompany told the Daily Mail.

“I started playing against him five or six years ago, but his performances last season were unbelievable.

“A player like this would be an incredible addition to any team that he joined.

“His movement is near perfection and the stats show his finishing. He has led by example at Arsenal, so yes, he is a great player.”

We Must end Arsenal Jinx – Mancini