It has been reported that Manchester United winger Adnan Januzaj has rejected the chance to play for Kosovo. 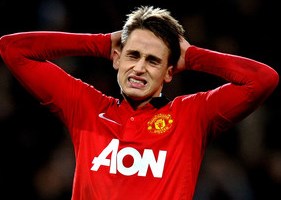 Eroll Salihu, secretary general of the Kosovo Football Federation, confirmed last night the Manchester United winger has formally turned down an invite to play for them next Wednesday against Haiti.

The talented attacking midfielder was born in Belgium to Kosovan-Albanian parents and could eventually qualify for England through citizenship.

Salihu said last night “No, we don’t have any hope for this game.”

Man Utd, Man City To Do Battle For Semih Kaya