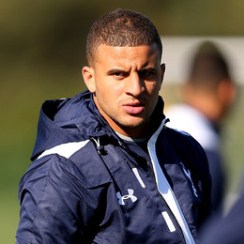 Tottenham defender Kyle Walker is delighted with his England recall.

He said: “It’s been a very up and down year for me. I won the young player of the year at club level so it’s been good in that sense.

“At the end of the season it was a disappointment, having worked so hard to get into the England team, to have that little niggle on my toe.

“But it was fantastic the manager gave me the phonecall, saying it was sad he couldn’t take me there but saying I was in his plans and he had belief in me.”

John Obi Mikel Out Of The World Cup After Training Injury