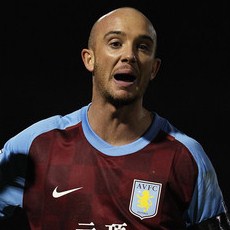 Interesting news are out and it has been revealed that LA Galaxy are interested in Aston Villa midfielder Stephen Ireland.

The People reported that the combative midfielder, now age 25, has been on Galaxy’s radar for weeks and their spies have seen even more of him recently after Robbie Keane’s move to Villa Park.

Galaxy hope Ireland will be made available by Villa, who have been running a small squad on a tight budget. Ex-Arsenal Star To Be Unveiled As New Aston Villa Manager