It has been revealed that MLS club LA Galaxy are showing significant interest in Zlatan Ibrahimovic. 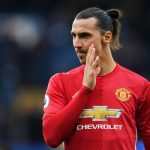 Sky Sports is reporting that the Galaxy are keen on luring Ibrahimovic from Manchester United to Los Angeles this summer.

The Galaxy attempted to sign the Swedish superstar from PSG last summer but the 35-year-old opted for a one-year deal, with the option of a second, with United instead.

Now it has re-emerged that LA want Ibrahimovic when his initial 12-month deal with the Red Devils is up.

Ibrahimovic has scored 26 goals and won the EFL Cup in his debut season with United but has not yet confirmed if he will agree to a second season in the Premier League.