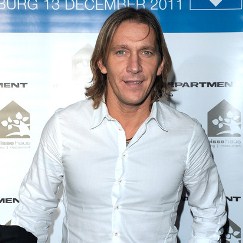 Interesting transfer news are out and it has been revealed that Blackburn Rovers fullback Michel Salgado is in Los Angeles for talks with LA Galaxy.

The Independent reported that the 36-year-old former Real Madrid defender has given up on playing for Steve Kean’s team again.

Despite declaring himself fit last month, he was given five days off and has not appeared since Blackburn’s defeat at Sunderland on 21 December.

His effective removal from Ewood Park is part of the club owners’ desire to remove higher-earning players from the squad.

Jose Mourinho Wants To Coach In The MLS