It has been reported that LA Galaxy are offering Frank Lampard a massive contract to tempt him from Chelsea. 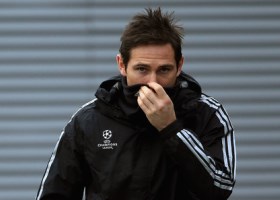 The Daily Express claims that the England international is out of contract at Stamford Bridge at the end of the season, but has yet to be handed a new deal.

According to reports, Galaxy are offering Lampard £4million-a-year to quit the Premier League.

They may have to sell one of their ‘designated’ players above the MLS salary cap to do so, with former Spurs star Robbie Keane, Landon Donovan and Omar Gonzalez on their books.