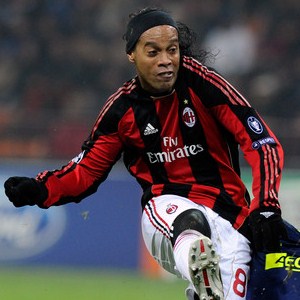 It has been reported that MLS club LA Galaxy are very close to capturing the services of AC Milan superstar Ronaldinho.

The 30-year old Brazilian playmaker has been linked with the MLS club for quite some time now and recent reports are suggesting that the deal is almost over the line.

A source close to the dealings told the Washington Post that the former Barcelona man is currently weighing up the offer but is yet to give his final answer.

“The Galaxy doesn’t want to wait any longer and would like to move on with or without him in the next week or so,” the source said.

“Finances are apparently not an issue, just Ronaldinho’s level of interest in coming to MLS from AC Milan.”

Galaxy officials are very keen on bringing the attacker to The Home Depot Center and link him up with fellow stars David Beckham and Landon Donovan, making them a very attractive squad from both an on-field and business perspective.