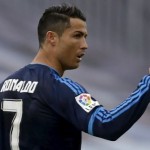 Real Madrid extended their unbeaten streak to nine league games as they overcame 10-man Celta Vigo 3-1 to maintain their place at the top of La Liga.

Surprise packages Celta Vigo had a chance to top the table with a victory but Eduardo Berizzo’s side were left frustrated by a clinical performance from the visitors – and a wonderful performance from Real goalkeeper Keylor Navas.

Vigo had been free-scoring prior to this encounter – scoring 17 goals in just eight games – but they struggled to get past the inspired Costa Rican goalkeeper who made a number of great saves throughout.

Cristiano Ronaldo broke the deadlock after eight minutes with his seventh league goal of the season and Danilo scored his first ever goal for Real on 23 minutes as the visitors took a two goal advantage in a thoroughly entertaining first-half.

However, the second period was rather spoiled by a number of unsavoury incidents which included the sending off of Gustavo Cabral who was controversially shown a second yellow for dissent.

The hosts huffed and puffed until a stunning strike from Nolito on 85 minutes gave them real hope but a goal from Marcelo in the fifth minute of additional time killed their hopes.