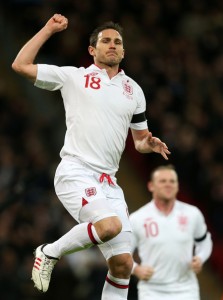 Midfielder Lampard’s Chelsea future has been subject of speculation with the 34-year-old in the final year of his contract at Stamford Bridge.

But he proved his worth to England with the winner in the 2-1 win over Brazil.
“The World Cup is certainly a target for me and I will try to keep playing at a good enough level to get there,” said Lampard.

“It’s a target. I won’t retire from England before that, put it that way.”

Anelka : I Knew Benzema Would Struggle At Real Madrid