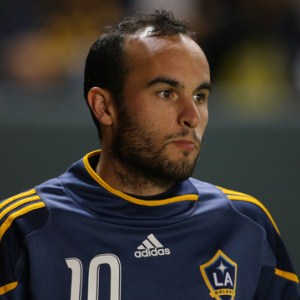 Interesting news are out and it has been reported that LA Galaxy forward Landon Donovan could end up playing for English Premier League club Fulham in January.

The 28-year old USA international captain is almost certain to return to England for another loan spell, following his successful stint with Everton earlier this year.

Reports were indicating that Donovan would be back at Goodison Park, where he played 13 league matches in two-and-a-half months last season.

However recent speculation suggests that a short-term shift to Fulham could be on the cards.

Cottagers boss Mark Hughes needs a proven goalscorer and may be able to lure Donovan to London to team up with US teammate Clint Dempsey who is currently the club’s leading scorer.