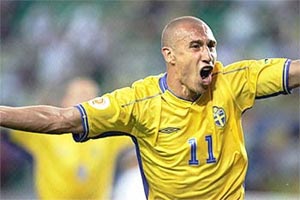 Swedish international striker Henrik Larsson has revealed that he is delighted to see fellow Swede Zlatan Ibrahimovic starring at Barcelona.

The former Barcelona striker told local Spanish newspapers that if there is a chance to play for FC Barcelona, a player should take it. He added that a player must go as Barcelona is the biggest club in the world and that the player will never regret it.

Larsson also said that Zlatan is doing very well at his new club and feels that the Barcelona fans will love him because he is technically gifted.

Larsson also added that Zlatan is also physically strong and that the truth is that as a striker, Zlatan has it all.