It has been reported that Arsenal have announced a pre-tax profit of £11.1m for the six months to November 30 last year. 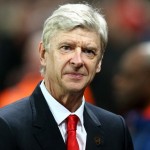 Arsenal expect the overall result for the year to fully comply with UEFA Financial Fair Play rules, with the club announcing it has spent a club-record £93.7m on players, reports Sky Sports.

Arsenal chairman Sir Chips Keswick said: “Our commitment to investment in the squad was evidenced by a record level of expenditure on players joining the club.

“Crucially, this investment remains at a level which is consistent with our principle of affordability and which is financially sustainable.

“On the field, the team has produced some strong results and the squad is looking fit and better balanced.

“However, we need to find our best form on a more consistent basis as we approach, what I hope will be, an exciting end to the season.”

Arsene Wenger To Be Patient With Jack Wilshere