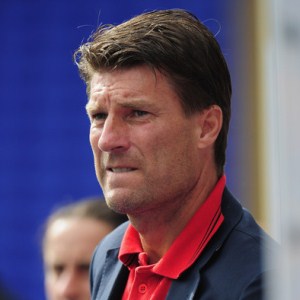 Real Mallorca coach Michael Laudrup has said that Barcelona will win the La Liga this season.

Laudrup – who played for both of Spain’s big two – believes the Catalans will win the Primera Division title for the third year running.

Laudrup told Sport : “I believe they will be champions because they have more points and will be able to slip up several times, unlike Madrid,”.

The Danish coach, however, believes the title will go down to the wire.

“I’ve been in Spanish football for 20 years and I’ve never seen a title decided at the end of January or in February,” he said.

“It will be decided in May.”