Reports are out claiming that Laurent Koscielny has handed Arsenal an injury scare. 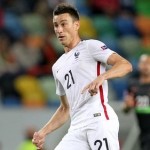 The Daily Express reported that French television reported the defender was absent for France’s win over Serbia as a precaution with pain in his lower back.

This latest injury for Koscielny will be a concern for manager Arsene Wenger after he also missed Arsenal’s match against Liverpool with a back problem.

In his absence, youngster Calum Chambers had a torrid first half against Christian Benteke.

Per Mertesacker missed the matches against Liverpool and Newcastle with illness but is likely to be fit to return at the Emirates on Saturday.

Arsenal are still reeling from the news Danny Welbeck will be out until at least Christmas after knee surgery. The England striker has not played for the club since April.

Jack Wilshere and Tomas Rosicky are the other names on Arsenal’s injury list.


Arsenal Defender Per Mertesacker In Line For Stoke Return