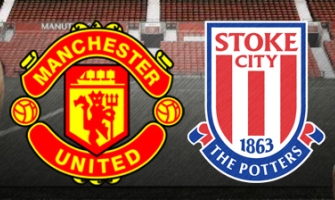 The Potters boss will make a late decision on which goalkeeper to play with Thomas Sorensen having featured in the earlier rounds but Asmir Begovic his number-one choice for league matches.

Defender Robert Huth is still a fortnight away from returning after a knee operation.

Midfielder Darren Fletcher is in contention to play in the Potteries after featuring from the bench in the weekend’s Premier League win over Aston Villa.