Reports are out claiming that Danny Welbeck attributed his good form for England this season to his change of clubs. 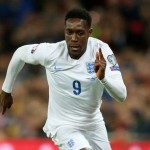 The 24-year old striker netted in the Three Lions’ 4-0 Euro2016 qualifying win over Lithuania on Friday night to take his recent tally to six goals in five qualifiers.

Welbeck, who is currently the highest scorer in the qualifying campaign, left Manchester United to join Arsenal last summer and suggests getting back to regular game time has allowed him to flourish in the past few months.

“When you are playing regularly, you feel a lot sharper on the pitch,” he said.

“Once you play regularly, it just becomes second nature to do things on the pitch. I feel match-sharp and that is important.”

Welbeck’s goal against Lithuania was his 14th international goal from 33 appearances for England.