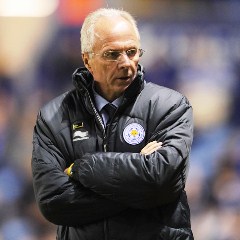 It has been revealed that Championship club Leicester City have sacked manager Sven-Goran Eriksson just 13 games into the 2011/12 season.

The Swedish tactician took over at King Power Stadium in October last year but has already met his demise as the big-spending club sits 13th on the English second tier table.

A meeting with the clubs Thai owners was held today and the outcome was to part ways with Eriksson, who has managed the England, Manchester City, Mexico and Ivory Coast teams of late.

Leicester spend £10million in the summer of new additions but it has yielded them just five wins, four draws and four losses and the ambitious owners have decided to move Eriksson on as they immediately begin the search for a replacement.


Gennaro Gattuso Not Ready To Hang Up His Boots