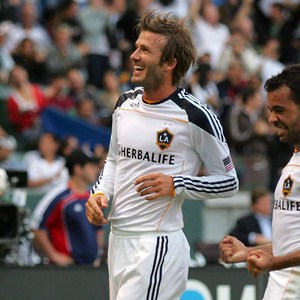 It has been reported that new Foxes boss Sven-Goran Eriksson is keen on bringing the veteran into his squad during the MLS off-season.

According to The People suggested that Eriksson is highly confident that the former Real Madrid and Manchester United star would come back to England for a short stint in January.

“Sven thinks he has a chance and he is a very smooth operator when it comes to these things,” a source close to Eriksson said.

Beckham is currently preparing for the final regular season match with FC Dallas where a draw would hand the Galaxy the Supporter’s Shield ahead of the MLS play-offs.