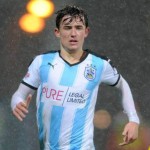 Reports are out claiming that Leicester City believe Ben Chilwell will sign a new contract with the club despite interest from some big Premier League clubs.

The Daily Mirror suggests that the Foxes are confident the 19-year-old left-back will commit to the King Power Stadium cause even though Arsenal are continuing to show a huge amount of interest.

Chelsea and Liverpool are also keen on Chilwell but league-leading Leicester feel he will sign a new deal having failed to agree terms with him over a fresh proposal thus far.

It is believed that Kieran Gibbs could leave Arsenal this summer and the Gunners see England U20 international Chilwell as a long-term replacement.