Reports are out claiming that Monaco boss Leonardo Jardim feels his side gave up two goals to Arsenal in their Champions League defeat on Tuesday night. 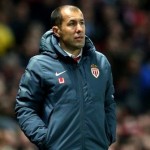 Les Rouges et Blancs were beaten 2-0 by the Gunners in their Round of 16 second leg at the Stade Louis II but that did not stop the Ligue 1 side from deservedly progressing to the quarter-finals of Europe’s premier club competition much to the delight of Jardim.

“I am sure that all the teams will want to draw Monaco in the quarter-finals,” he said in his post-match press conference.

“The qualification is totally deserved. Arsenal benefited from two errors to score.”

Olivier Giroud produced a cool finish with his right foot in the 36th minute before Aaron Ramsey fired home with just 10 minutes remaining but Monaco managed to hold out to book a spot in the Champions League last eight where they have joined French rivals Paris Saint-Germain, Spanish pair Real Madrid and Atletico Madrid, German giants Bayern Munich and Portugal’s FC Porto.