Reports have emerged claiming that AS Monaco manager Leonardo Jardim has indicated that his side will go on attacking in the Champions League. 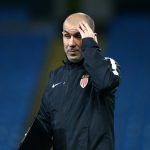 The French Ligue 1 leaders defeated Boussia Dortmund 3-1 on Wednesday night to advance to the quarter-finals of the competition with a 6-3 aggregate.

Monaco will come up against Real Madrid, Atletico Madrid or Juventus in the semi-finals but Jardim suggests he will not alter their attacking style.

“We knew that they give a lot of space and we took advantage from it,” Jardim said.

“Now, regardless of who we will take on next, we will be facing a very experienced team.

“Tonight we played a very solid game, we were in control but we showed ambition. We were always looking for the extra goal, that is the way we play, it is in our DNA.

“Our rivals will want to draw us (on Friday) but our ambition is to enjoy it and play with our attacking qualities like we always do.”

Jardim felt it could have been a much higher scoreline had both his players and those of BVB made the most of the scoring opportunities created.

“It could have been 5-3 or 6-3 because both teams missed several chances,” he added.