Manchester United emerged as the big winners over last weekend in the Premier League, with a 2-1 victory over Liverpool thanks to a brace scored by Marcus Rashford. In addition, Arsenal bounced back from their spell of dismal performances, offering their beleaguered manager some hope for the upcoming matches.

Bringing in the Punters 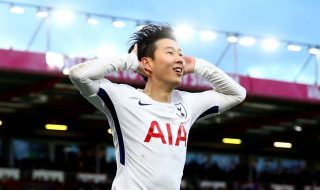 The trend of exciting football over the course of the last few weeks has spelt good news for punters looking to make money on Premier League matches, and betting interest in the league has only increased with exciting free bet offers. In the wide world of sports betting, betting on football matches has a particularly special place. As all sports betting is supposed to be about, in effect, monetizing the excitement of watching a great match or race, betting on football matches takes on a whole new level of attractiveness as there are none as passionate about their sports as footie fans. This is a universal truth but when the game is as breathlessly exciting as it is now, football becomes the ultimate mix of lucrative and explosively enjoyable.

In the world of sports betting Besides betting, here are the top five things that we learned from Premier League football this weekend.

Tottenham managed to recover from their rather disappointing exit from the Champions league in their match against Juventus, by coming in from behind to defeat Bournemouth and securing their hold over the third position on the table. Mauricio Pochettino’s men were able to ward off suggestions of an over-dependence on Harry Kane, as Son Heung-Min scored after the England striker was taken off the field due to an ankle injury.

Wenger has come under increasing criticism from fans and former players due to the club’s dismal performance this season, and is fighting to protect his 22-year old legacy at the club. Fortunately, Henrikh Mkhitaryan and Pierre-Emerick successfully guided the team to a 3-0 victory over Watford, bringing some relief to the under-attack Frenchman. 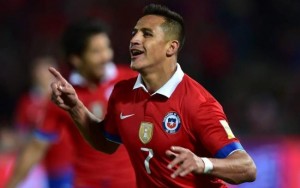 Rashford managed to make the most of his chance to start for United in the Premier League by scoring two goals in a span of just twenty five minutes, a crucial addition in the 2-1 scoreline against Liverpool. Rashford has been put in a rather tight spot in the team after the advent of Alexis Sanchez, despite the Chilean having scored just one goal in nine appearances for United.

In light of Rashford’s recent performance, Mourinho is under considerable pressure to achieve a balance to get the most from both Rashford and Sanchez. Further, the Portuguese manager will also be compelled to drop either Sanchez or Pogba for the upcoming Champions League fixture against Sevilla, in favour of rewarding Rashford.

Olivier Giroud proved to be instrumental in securing a 2-1 win for Chelsea over Crystal Palace, a performance that has put Antonio Conte in a tough spot for deciding the team for Chelsea’s upcoming Champions League clash against Barcelona. Both Alvaro Morata and Giroud were excluded from Chelsea’s team in the first leg against Barcelona as Conte wanted to use Hazard as a ‘false nine’. His decision to make former Arsenal star Giroud a part of the squad resulted in a more dynamic style of play that allowed Chelsea to get a decisive win in its favour, along with a consolidated position in the top-four teams in the Premier League.

West Brom manager Pardew frankly admitted that his days as West Brom in-charge are limited in number, after a seventh consecutive defeat against Leicester City at home, which left the club firmly rooted in the relegation zone. His stint at the club has been rather disappointing, winning only one of his 16 games during his time at The Ha