It has been reported that former Arsenal academy chief Liam Brady has defended their record in producing players for Arsene Wenger’s first team. 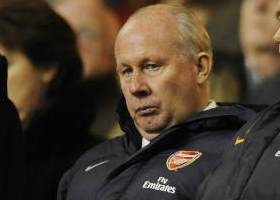 He told arsenal.com: “…let’s not forget the huge amount of players who have come through our academy who are currently playing in the four leagues in England.

“If you’re a West Ham or Southampton, who are doing very well with their young players at the moment, there’s less pressure, there’s a greater opportunity to blood younger players and I applaud all clubs who take the chance to do that. I was lucky that I had Arsène because he was prepared to do it. Arsène Wenger was prepared to give young players a chance and that helped me in my position.”