It has been reported that Barcelona star Lionel Messi is aiming to haul in Real Madrid ace Cristiano Ronaldo in the race for the Pichichi. 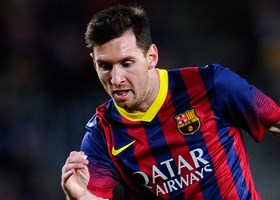 The Argentine international is in the mix for the Pichichi title as the Spanish League’s leading goal scorer – something he has already won on three occasions – after his goal against Getafe on Saturday.

Messi’s goal against Getafe meant he overtook Diego Costa who failed to score in Atletico’s defeat against Levante, and he now has 28, to Costa’s 27, with Cristiano Ronaldo on 31.