It has been reported that Lionel Messi refuses to budge over his new contract demands from Barcelona. 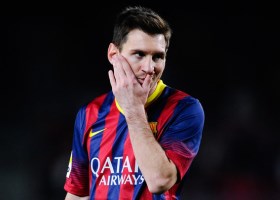 Marca claims that the Argentine international is sticking to his guns, having altered his position very little compared to his previous requests.

Messi is asking for €20 million net per season, and another €3 million in add-ons. The ball is now in the club’s court.

Barca’s offer is still €2 million less than what Messi is seeking for a ‘basic’ wage. Victor Valdes Mocks Real Madrid : How Many Times Have You Beaten Us?