It has been reported that Barcelona superstar Lionel Messi is in line for his 400th game for the club in tonight’s Copa del Rey tie with Levante. 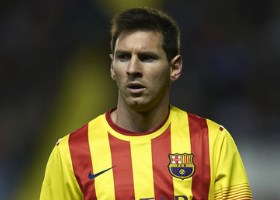 The Argentine international, who has scored 331 goals in his 399 appearances so far, was included in Tata Martino’s 18-man squad for the cup clash.

Messi, four-times winner of the Ballon d’Or, has come a long way since making his debut for the Primera Division leaders in 2004 aged 17 years.

The 26-year-old, who has never been sent off, posted his best scoring record in the 2011-12 season when he notched 73 goals in 60 games for the Spanish champions.